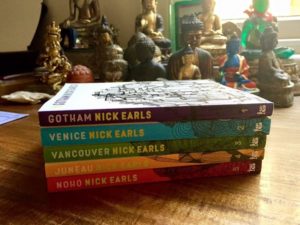 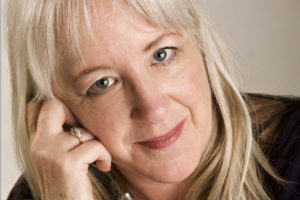 Donna Ward established Inkerman & Blunt Publishers and indigo, the journal of Western Australian creative writing. She was editor of Sotto Magazine from 2011–2012, and her prose has appeared in Island Magazine, Fish Anthology, Southerly Magazine, Huffington Post and The Big Issue.

1. Donna, you are not new to publishing. Can you tell us a bit about your previous publishing ventures?

I began my publishing adventures back in 2007 while I attended the writing classes at Fremantle Arts Centre, formerly an asylum for women. Members of that class had formed a group, Out of the Asylum (OOTA), which published members’ writing every two years. They invited me to join the committee that published these anthologies but I played hard to get for quite some time. I had retired after a life in welfare and being a psychotherapist, the last thing I wanted was to be on a committee. Somehow they tricked me into it. At the first meeting all the committee members informed me they were resigning at the end of the year and we had a good chance of securing significant funding for the first collection of poetry by emerging Western Australian poets in nearly twenty years. Well we had an emergency meeting, formed a new committee, and before I knew it, there I was, chair of a new and remarkably talented committee, with a bundle of money to do something none of us had ever done before. The Weighing of the Heart, edited by Shane McCauley and Roland Leach, was published in 2009 by through Sunline Press.

During that project I realized two things were true. There was a vibrant and significant community of writers in Western Australia, and in particular, poets. Secondly, there was a dearth of publication opportunities for short pieces such as short stories, poetry, creative non-fiction. At the time Westerly had funding challenges and was only producing one volume per year. The West Australian newspaper no longer published poetry, and there were no other respected places for emerging writers, or even new and established writers to get their work known by local audiences, let alone compete favourably interstate. And so, with the kind of hubris that attaches itself to a first time publisher, I decided to establish indigo, the journal of Western Australian creative writing. OOTA got behind the project and we received funding for the first three volumes.

The response of Western Australian readers, booksellers, festival directors to indigo journal was enormous. And, if I may, I want to thank Katherine Dorrington for everything she did for Western Australian writers as the director of the Perth Writers Festival. Without Katherine indigo would not have had the interstate profile it received be being an active part of the Festival. Katherine was dedicated to bringing all elements of the Western Australian literary landscape to the attention of readers in WA and interstate. Her achievement is nothing short of remarkable and she will be sorely missed. But even the overwhelming response to indigo was not enough to keep it going. The funding was sporadic, and as is the way with all things literary, the sales were never strong enough to create a sustainable income stream. We closed the journal in 2010.

2. You moved to Melbourne and you established Inkerman and Blunt? Why so?

To be honest I’m addicted. I guess you could say I discovered this addiction when I was thrown in at the deep end back in the Fremantle Arts Centre. I had no idea what a complete exhilaration it is to bring together a book. To work with the writer on the text, the story or poems, getting the words just right, holding the reader in mind throughout, is to be absorbed in creation itself. This is a completely seductive pastime.

Then transforming the words into an object is to engage in the art of book design, and book design is one of the great mystery arts, on a par with Alchemy. The magic of symbols is continually at play in the design of a book. Every decision is deliberately in service to the words and good design entices a reader to pick up the book and read. You can’t get more addictive than that.

3. You’ve published several books and anthologies, most recently Wisdom Tree: five novellas by Nick Earl. Can you tell us about this?

Wisdom Tree is all Nick’s idea. Five novellas, each separate books, each linked in interesting and intriguing ways to the other, yet consumable on their own, published one month at a time over a period of five months. It’s the biggest, most adventurous project on which I’ve ever embarked, and it exercised every single fibre of my being.

Nick, Irma Gold, our editor, and I worked closely on the text, keeping each novella a unique story and embedding threads and links that would unify the five into the series Wisdom Tree. We named the series after a tree that appears in the final novella, a tree that acts, if you will, as a kind of axis mundi from which the stories hang. For this reason each of the novellas is named after the geographical location that evokes the essence of each of the stories.

Sandy Cull and I worked closely on the book design and I have to say it was a very real adventure for me to be involved in the design of a series. There are so many elements to bring together to create a series. And we won an award for it! Wisdom Tree won the Australian Book Design of the Year Award for a series.

And the books aren’t doing to badly in other prizes. Vancouver, the third in the series, was shortlisted in the Christina Stead Award for Literature and won the NSW Premiers People’s Choice Award. Currently the series is shortlisted for the Colin Roderick Award. This is the only prize that has the capacity to acknowledge an entire series. All other awards are focussed only on individual works of fiction. So we’re really delighted to have this acknowledgement for the project as a whole.

The minute the five little books were at the printers I appointed a publicist. The project was too big for me to promote on my own. Working with Brendan Fredericks is like riding a rainbow on speed. And this colourful pace was enhanced by the enthusiasm of the industry. Every bookshop you can think of has copies of this series, and Wisdom Tree was covered in print, on TV and radio. There are still events and appearances at festivals and libraries happening all over the country. There’s probably one near you this week.

4. Finally, what are you working on at the moment?

Right at the moment I’ve pulled back from publishing while I write my own manuscript. I don’t want to say exactly what it’s about, except to say, as all first books are, it draws heavily on my own life.

Find Wisdom Tree: five novellas by Nick Earl and other Inkerman and Blunt publications at <http://inkermanandblunt.com/home/>