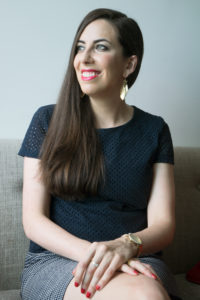 1. When did you realise you wanted to concentrate on writing poetry? It was after studying music, isn’t that so?

Yes, I’d been studying classical piano intensely with a view to possibly pursuing that as a career when I encountered poetry for the first time. This was in the United States, when I was in high school, and the poets I first read were all American: Whitman, Dickinson, Frost, cummings, Stevens, Eliot. I was first attracted to the cadence of poetic language, which seemed quite musical to me; meaning was initially a secondary concern.  Reading Eliot in particular was a transformative experience; I understood intuitively that the structures of his long poems—The Waste Land, Four Quartets—were musical ones, like the movements of a concerto or symphony. His polyvocality was fugal. I could see from Eliot the way in which musical structures translated into language. I read all the poetry I could get my hands on; I started writing poetry around the same time.

2. How do you set about writing a poem? Do you rely on inspiration or do you have a project or theme in mind?

I rarely have a project per se; I tend to write when I have real motivation to do so, when there’s a meaningful idea or experience I want to convey. I’m not very prolific and I don’t mind that. I do tend to have some idea of why I’m writing a poem, though; I think you can end up with a pretty wishy-washy sort of poem if you have no idea why you’re writing it in the first place. But the poem’s purpose and central idea should always evolve during the writing process; I think it’s equally a mistake to try and write exactly the poem you set out to do as it is to write without any discernible sense of purpose. There’s a balance.

3. Your collection, The Hazards, won the 2016 Prime Minister’s Literary Award for poetry; can you tell us about that?

It was a fantastic surprise, especially given the other books on the shortlist; I was really pleased to be in that august company, and thrilled that The Hazards won. More generally, I think it’s significant that there’s generous recognition of Australian literature at the federal level in the form of the Prime Minister’s Literary Awards. These kinds of awards have the capacity to attract new readers to the shortlisted and winning books, too. They serve an important function.

I’ve done far more editing the past few years than I have writing; the BAP editorship really is an all-consuming task. Other than instances where editors had requested or commissioned poems from me, I stopped sending out my own work for consideration for the two-year period I was editor, on the grounds that I didn’t want to pose any conflicts of interest. Publishing can tend to be a bit cosy in Australia—most of our poetry editors are also poets, and most everybody knows one another. This is why I primarily seek to publish my new work overseas; I’d rather be published by someone who doesn’t know me than by someone who does. In that sense I try to keep my editing duties separate from the publication of my own poems as much as possible.

5. Poetry publication is very competitive. What do you look for in a submission?

Island is a magazine of ideas and culture, rather than a specialist literary journal, so I love it when I find poems in my submissions inbox that speak to a broad audience and engage with topical ideas or news (without being didactic or evangelical, of course). As a rule, I don’t publish long poems because I don’t have the page space. But there are exceptions to these generalities, of course; really, I’m looking for arresting poems on any subject and in any form.

6. Have you got a project in mind in future?

Yes, I’m working on a novel at present, and a new book of poems.

7. Finally, what do you do when you get writer’s block? What’s your cure?

I don’t worry too much about writer’s block; I only write when I feel really motivated to. I tend to be drawn to the work of poets who write and publish judiciously, too. I read far more than I write. And if I’m stuck, there are always other projects and commitments waiting on my desk.