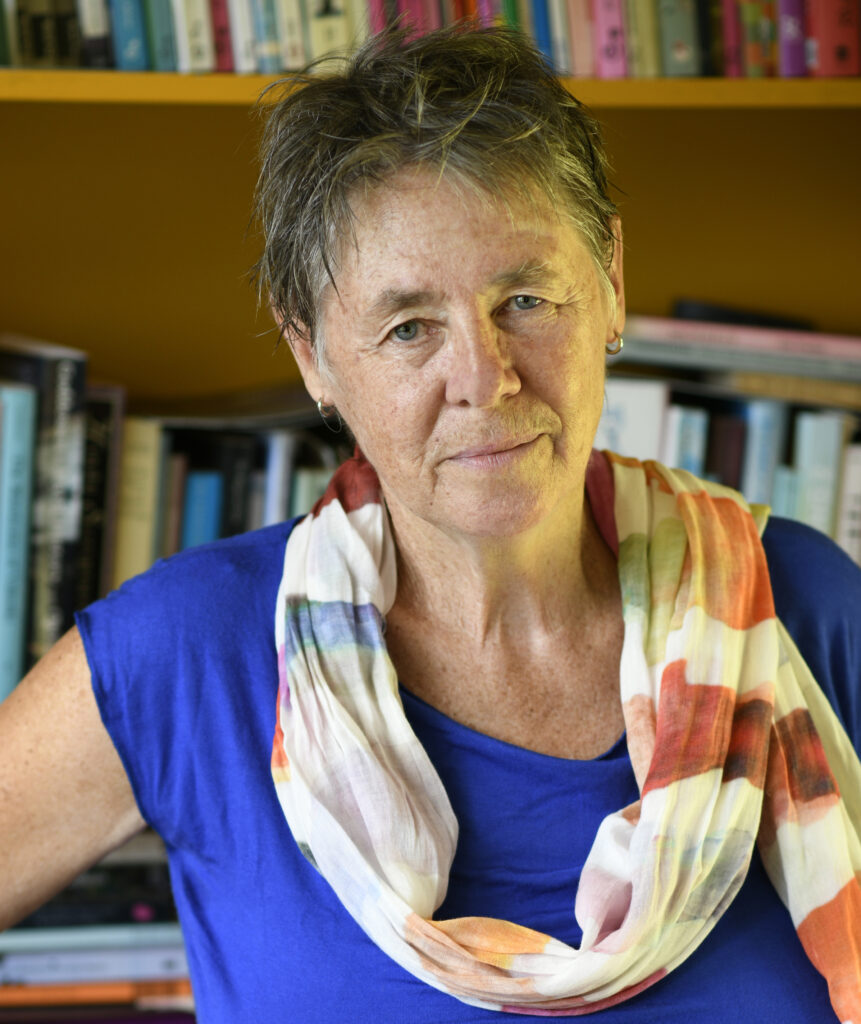 1. Susan, can you tell us a bit about your background?

That’s a big subject area. I grew up on a farm in NSW and lived in Melbourne for many years. I became interested in poetry in my thirties. I organised a women’s literary festival in 1985 at the Abbotsford Convent and a couple of years later I applied for a job at Penguin. I had also been doing book reviews for The Age and ABC radio and writing stories, poems and my first novel. At Penguin, I was involved in setting up the Penguin Poetry program with Judith Rodriguez as its first series editor. All my publishing is informed by feminism and my love of fine poetry.

2. When did you start getting into writing and editing? What was your focus around this?

I started seriously writing in the early 1980s but it took a long time until my first authored book was published, my novel The Falling Woman. The most important drivers of my work have been languages, especially ancient languages, rewriting mythic stories and keeping a feminist edge to my writing. I have written a lot of work that centres lesbian history, language and mythology including translating and adapting Sappho’s poetry. In 2009 I had a literature residency in Chennai, India, and in 2013 in Rome. Those residencies gave me the time to concentrate on the writing of poetry namely my books Cow (2011) and Lupa and Lamb (2014). It also provided some of the material for The Sacking of the Muses (2019). I would like to spend more time writing poetry, but like all publishers, I would need a longer day or less need for sleep.

The name Spinifex came to me one day when I was in Readings Bookshop in Carlton. I thought to myself that it had a nice feminist and Australian ring to it, maybe for a literary magazine some day. When Renate Klein and I discussed setting up a feminist publishing house, I said I had the name. Spinifex is a desert grass that from a distance looks soft but up close is quite prickly; it is also a grass that holds the earth together. We discussed it when on holiday at Kakadu National Park. We had noticed that feminist books no longer had sections in bookshops. Renate worked in academic publishing and that too had become more difficult. And in my role as Commissioning Editor at Penguin, it had become more difficult to publish innovative writing and feminist books because the recession had made the bean counters resistant to risk.

4. What did you want to achieve?

We wanted to get more interesting feminist titles into bookshops. Postmodernism was taking up all the shelf space and we are both very critical of the conservative and individualistic nature of postmodernism and of the meaninglessness of queer feminism. Our first four books did rather well with three books shortlisted for prizes, three translations and two reprints..

5. How is the press funded? Do you receive grants?

It is mostly funded by us. We have both worked other jobs while running the press. We apply for funding and sometimes we are successful, but it is always something of a lottery. The other important side is that we have operated in the international market for more than thirty years. We could not survive if we sold only into the Australian market. A lot of our books have been translated or published in English-language territories where we don’t have distribution, such as India and South Africa.

6. What genres do you publish, and what subject areas interest you?

We publish poetry, fiction and non-fiction. Non-fiction is a mainstay because they are the books with the largest market. But we have a commitment to publishing fiction and poetry and some of these have sold really well. For example, Sandy Jeffs’ Poems from the Madhouse sold more than 6000 copies. We don’t have strict subject areas, but as a feminist press the books need to fit within a feminist world view and radical feminist books are a key interest. Both fiction and poetry that are vibrant and well-written can be just as important in carrying a radical feminist message. It is about originality and authenticity. We are not a mainstream press.

7. What is the submission process?

This has changed over time. At the beginning we accepted manuscripts for the whole year, but we found that it was difficult to keep up. These days we announce a month during which we will read manuscripts. It has mostly been over summer, but it depends on external factors and when we can find the time to devote ourselves to reading.

8. How do you deal with marketing and distribution?

Overseas, in North America and the UK we have dedicated distributors. IPG in Chicago is a major asset for us, as they get to the large markets of Canada and the US. We have been with them for twenty years. Gazelle Book Service in the UK, we have a similarly long track record with. Since the pandemic started and freight became slow and expensive, we produce PODs through IPG, and through them some titles are sent from the US to Gazelle. In Australia, readers can buy books directly from the Spinifex website but we also have a distributor. The pandemic introduced us to Zoom and our books are regularly launched over Zoom now. That allows us to reach more readers and to get the word out internationally where we have loyal readers. This is an important part of our marketing. In Australia we have a dedicated Marketing Manager who gets our books out to the media, develops and maintains the website and works with our Social Media Manager and our Events Manager. There are so many different parts to promoting authors and books and no one person can cover everything. Renate and I are also active on Facebook with good international links.

9. How do you see yourself positioned in the Australian publishing industry?

We are something of an anomaly. We have very high standards in terms of editing, design and production because we love what we do and want to publish the best books possible. Being a radical feminist press works for us as we have lots of loyal readers internationally, but the mainstream tends to ignore us and getting media coverage is increasingly difficult. Our books are both innovative and controversial, and they have an optimistic edge. Over the years we have discovered that we are very frequently ahead of the cultural curve in publishing books that break new ground. We have also been publishing a diverse range of authors ever since we started, including writers with a disability, Indigenous writers, lesbians, working class writers as well as writers from the Middle East, Africa, and Asia, indeed we have authors from every continent. Our innovations include being the third publisher in Australia to produce ebooks in 2006 and have our entire catalogue on our website in the mid-1990s. Since diversity became a mainstream word, we don’t get invitations to speak about diversity in publishing, and the media ignored our technological innovations.

Thirty plus years in publishing has been a thrilling ride, sometimes very bumpy. It’s also been a time of massive change in the book industry. Changes around how books are produced, how they are sold and the ways in which authors can engage directly with readers. Our philosophy has not changed and we continue to publish feminist books that are controversial and innovative. Risk is an essential part of life as an independent publisher.

Titles from Spinifex Press can be found at the webiste: www.spinifexpress.com.au