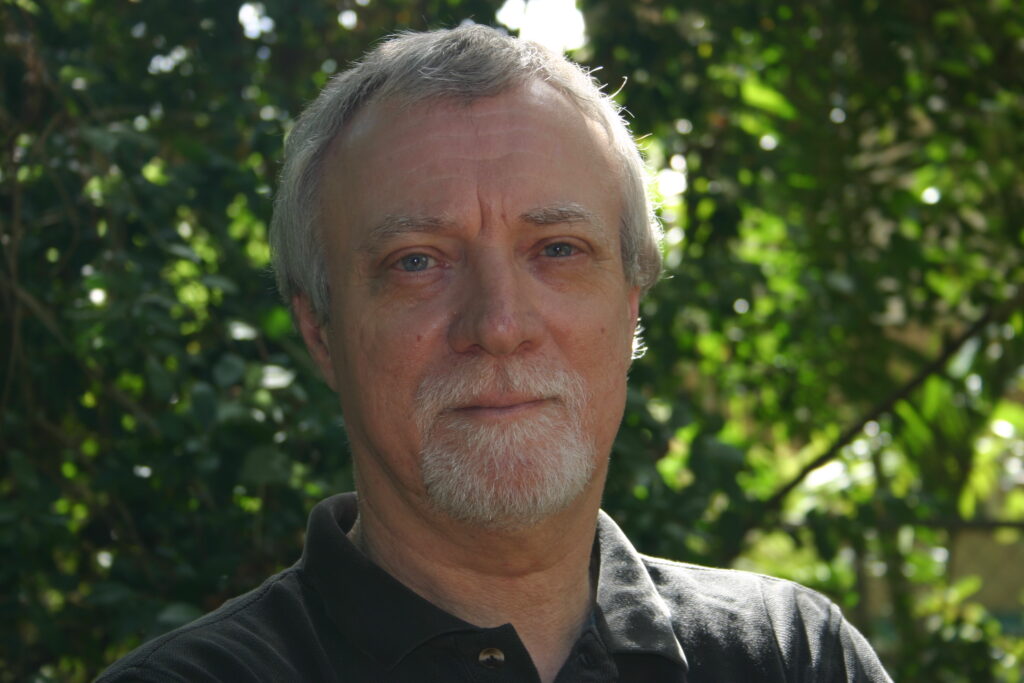 1. Philip, can you tell us a bit about yourself?  Where were you brought up and educated?

I was brought up in the suburb of Wellers Hill (now Tarragindi), which had nearby bushland with a large pond and creek – so I spent a lot of time happily on my own making rafts, treehouses and fishing for eels. I became Hawkeye from Last of the Mohicans. But the South East Freeway has now removed half of that, as well as the house my father built for us in Amulree Street. I still walk the remnant bushland next to Wellers Hill primary school a few times a year.

I went to Brisbane Grammar because my parents were determined I be the first in the family to go to uni. It was a financial sacrifice for them. I didn’t enjoy the Tom Brown’s Schooldays ethos, but benefited from some excellent teachers who pushed me hard. There were quite a few students whose parents were tradies like mine – and only a smattering then of the managerial class. But university was a joyous liberation, not least because it was co-ed and so a healthier culture. I did a year of Law at UQ and mystifyingly came near the top, but when I discovered there was a weird job called ‘English lecturer’, which only required you to read and talk about books, I switched degrees. Law had turned out to be nothing like To Kill a Mocking Bird. I did my honours, masters and PhD in English and started tutoring when I was 21. In the 70s students hung around the refec discussing the meaning of life or Vietnam. Now they need to have part time jobs, so the campus is less vital.

2. When did you realise you were a writer?

I thought so briefly at school when I won the Sonnet Prize, but then I found out I was the only entrant. The real writer epiphany happened when I met the brilliant editor and critic Martin Duwell at uni ‒ he encouraged me and published my first two slim volumes with his ground-breaking Makar Press. In 1975 I won a Young Writers Fellowship from the Australia Council, thanks to Gough. That made me start to believe I might not be an imposter. But it took another 10 years and several more books for me to call myself a writer.

3. Who were your main influences in writing?

The earliest were poets like Auden, Bruce Dawe, Judith Wright, Anne Sexton, Wordsworth, the metaphysicals (especially Donne and Marvell), Sylvia Plath, Dylan Thomas and John Berryman. Highly imaginative fiction writers like Kafka, Márquez and Peter Carey were also an influence. Later I discovered Simon Armitage, Elizabeth Bishop, Anne Carson, Sharon Olds, Billy Collins and Caroline Forché, among others. Their poetry encouraged me to bring the personal more into my work.  I admire poetry that has an element of intelligent wit and irony, as well as being inventive in its use of language and imagery – you find all that in Australia’s Sarah Holland-Batt, Bronwyn Lea, John Kinsella, Judith Beveridge and John Tranter. Poetry requires imagination, emotional intelligence and a curiosity for engaging ideas. And it requires the disciplined craft and technique to pull all that together.

4. How do ideas for poems occur to you?

It varies – but often it starts with an idea that develops into something more personal. Simon Armitage said something about this when he visited Brisbane in 2014, and it resonated strongly with me – he said that he usually writes poems that are set pieces or sketches, and that he also sees poems as vehicles for communicating an idea, but that quite often he realises that what he’s written taps back into something personal to him.

I can start with an idea, such as the insight that after we tell a lie often enough we start to believe it. Or I imagine a scenario, such as what it would be like if humans had work for bees instead of the other way around. Or the trigger can be a memory – such as when I saw bulldozers remove the tubs of flowers from the central square of Munich every day at sunset.  That poem, ‘Marienplatz – Munich’ started with that bulldozer image and the relationship I was in on that visit to Germany, and ended up being about the various kinds of theft there are: theft of public flowers; copyright theft; identity theft; and how romantic love is a kind of theft. So the poem started as a remembered scene, then morphed into a riff on stealing.

Sometimes it can start with an article I’ve read about the environment, or an historical or political case that intrigues me, like Michael Wolff’s book about Trump’s White House. My satirical poems tend to be works of social engagement, but I try to find new and imaginative ways in.

It can be the pathos of the Tawny Frogmouth that used to call for a mate in our garden, or a documentary on SBS, such as the one that gave me the poem ‘Wildlife of Berlin’. Sometimes my poems are based on a surreal image that comes into my head. In the last few years, I’ve become intrigued by ekphrastic poems, especially those prompted by visual arts

And then there are the poems that come from walking in the bush ‒ in the Glasshouse Mountains, or Mount Nebo, or Mount Tamborine. I feel the pull of mountains and trees more than the sea. The trees on our suburban block are important to my sense of wellbeing – natives like the Queensland kauri, as well as a giant American swamp cypress and a sixty-year-old leopard tree. A botanist lived here first and planted them. But nature is always in my head.

I often don’t know exactly what I am trying to write about until I’ve done a few drafts.

5. What are the biggest challenges you encounter when you set out to write, and how do you deal with them?

Judith Beveridge once described her process of writing in a way that is very similar to mine and which I couldn’t express any better:

I work a great deal by trial and error, though occasionally an innate sense comes into play and the poem unfolds along its inevitable path. The difficulty lies in trying to see what the structure is, moving from image to image with a sense of purpose and direction. Images must find a context that will connect them … Finding that relationship, for me, is the real work in a poem. (Meanjin, 1989)

As she says, the challenge is to understand what structure is required. I also try to create effective imagery. I write up to a dozen drafts over six weeks, six months, or sometimes several years, until I’m satisfied that it all hangs together, that the patterns and interplay are there, that every line is doing its work, nothing is superfluous.  Line 13 has to connect with, and hopefully develop, line 6.

Other challenges are to write in a way that excites me but also engages the reader, and to have variety in the poems I write, especially for a collection – lyrical, satirical, free verse, some tighter forms, some prose poems. I would get bored writing in the same style or form all the time, and I enjoy collections by other poets who vary their strategies of style and form. I highly value inventiveness, poems that surprise. The best poems can be an exploration, an opening up of new perspectives.

A challenge that I think is common, is the need to overcome the negative voice in your head saying ‘why do you keep writing when you never completely capture what you wanted to, and when you are rubbish compared with Auden or Plath anyway?’ Fortunately, poetry writing is addictive – it gives us an endorphin rush.

The luckiest poets are those who have ‘critical friends’ they can trust to give honest and constructive feedback on work in progress.

6. Not only do you write, but also teach and mentor. What are the common mistakes new or even seasoned writers make?

I think all teachers of poetry say the same things. A poet needs to avoid cliches, sententiousness or moralising, trying to sound too ‘poetic’, or being self-indulgent, as with sentimentality or polemic. You mustn’t overwrite. The language needs to be fresh, with an authentic and honest voice. And we need to be prepared to keep rewriting – to work on successive drafts. Billy Collins
claims that we can discover our own voice by first trying on the voices of those poets we admire and make us jealous – and I think that’s a good tip for beginners.

I think you have to be attracted to complexity and have a high tolerance for uncertainty. You need to write about what matters to you. And of course, poetry can’t be chopped up prose.

Effective poetry can confront us and subvert conventional ways of seeing things. We need that in environmental poetry, for example.

7. Are you working on anything at the moment?

I’m working on writing poems for another collection – and because I write slowly it will take a few more years, as usual. But I always enjoy the process. It never gets any easier, and we have to keep pushing ourselves to try new things, but it remains emotionally and intellectually rewarding. I’m also stalled at 10,000 words into a novel about WW2 – and it could get moving again when the way forward comes to me. But poetry is what most excites and motivates me.